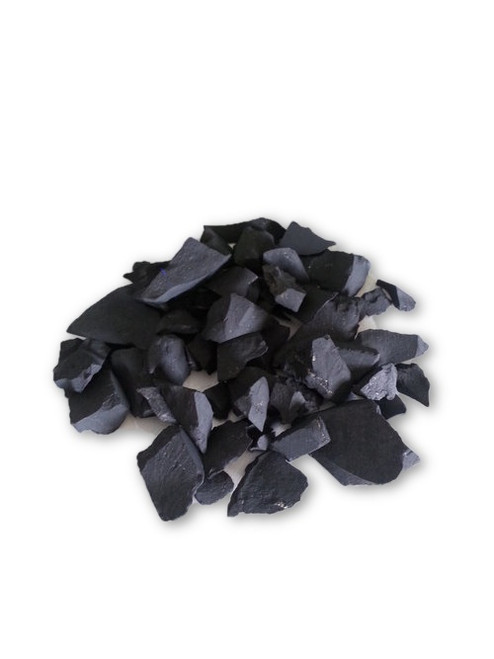 Raw Shungite 100g Package of small/medium pieces. General Shungite Information: Shungite can only be found in Russia and there are two types: the more common darker low grade type and the shinier silver type. The higher quality shungite is also called silver shungite, noble shungite or elite shungite. These are considered the better quality shungite because they have a 70-94% carbon content rating containing more fullerenes. Noble shungite comes from the Zazhoginskoye deposit, near Lake Onega, in the Shunga region of Karelia, North West of Russia. **Elite Shungite may also be found at my shop.** ********************* *****This ad is for the lower grade shungite, most commonly used for water purification, but may be used however you like.