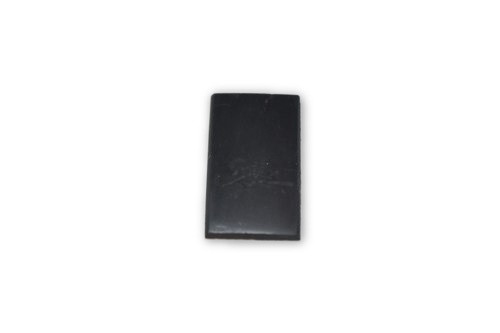 1pc Shungite rectangle phone plate.  Last picture for comparison of what we offer only.

Shungite Protection Plate This ad is for 1pc Rectangle shungite plate.-Turn the harmful electromagnetic frequencies from your devices into protection shields with these shungite protection plates! -Perfect for cell phones, laptops, tablets, routers, wifi extenders, Bluetooth devices, computers, notepads, and microwaves. -Features an adhesive backing for easy application. -Attach to your cell phone case/back of your cell phone for continuous protection. Don't forget your router, wifi extender boxes, television sets, and also can be used on any and all wifi/Bluetooth devices and computers. Please see last picture for comparison only.

General Shungite Information: Shungite can only be found in Russia and there are two types: the more common darker low grade type and the shinier silver type. The higher quality shungite is also called silver shungite, noble shungite or elite shungite. These are considered the better quality shungite because they have a 70-94% carbon content rating containing more fullerenes. Noble shungite comes from the Zazhoginskoye deposit, near Lake Onega, in the Shunga region of Karelia, North West of Russia. **Elite Shungite may also be found at my shop.** Fullerenes are carbon based molecules that form into a spherical shape and are only found naturally in shungite.